Andrew Coughlan ran his first mile at 4:30 a.m. and will not be finished until almost 10 p.m. 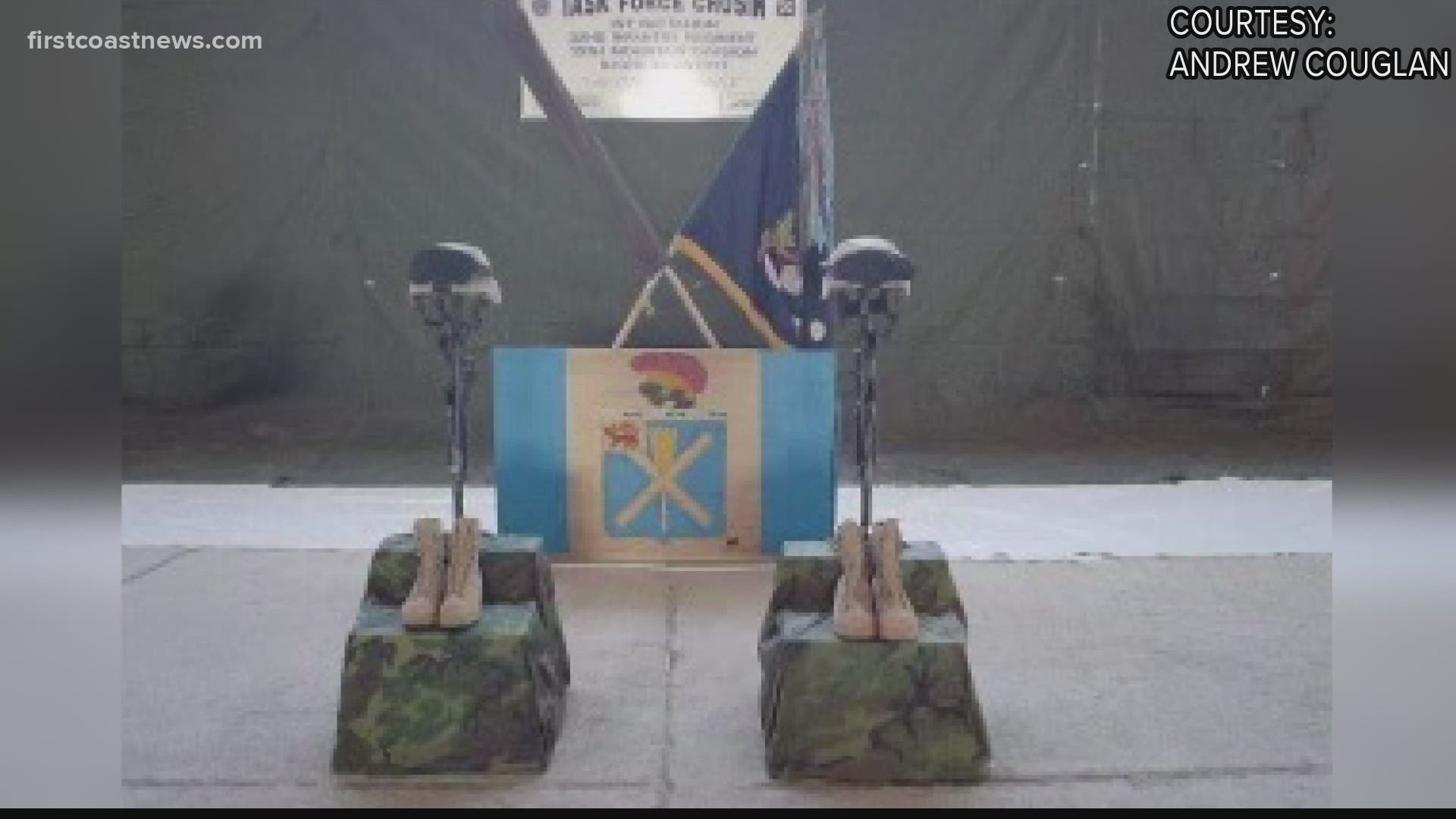 ST. AUGUSTINE, Fla — For 17 hours Monday, a veteran in St. Augustine is running one mile every hour.

Andrew Coughlan is doing this in honor of his team members who were killed in Iraq and his own "alive day," which is the day he nearly died in combat too. That was 17 years ago.

Coughlan ran his first mile at 4:30 a.m. and will not be finished until almost 10 p.m. The significance of 4:30 a.m. is that was the time 17 year ago that his team members were killed.

Friends and family are expected to join in, but it's still a lot of time to run and a lot of time to think. There are two people Coughlan will be thinking about the most: Sgt. Dale Lloyd and PFC Charles Persing.

"I definitely know I'll be thinking about them a lot," Coughlan said. "And that's motivating enough for me."

The two were killed in a mortar attack in Iraq.

"Both of them were killed and myself and our other teammates, we were physically unharmed," Coughlan said. "But we were right there with them. It's kind of like you wake up in the morning, everybody's there. And by noon, half the guys are either wounded or have been killed. I came home about two months later and really, I was struggling."

RELATED: Stories of Service: Veronica Thompson is small but mighty

Coughlan was diagnosed with PTSD. Now as he runs from sunrise to sunset, he raises money for the Wounded Warrior Project programs that saved his life.

"Wounded Warrior Project saved my life when I came back from Iraq and I was struggling," he said. "The programs work, but you have to reach out. We're not going to know that you're facing challenges and struggling if you're not reaching out."

You may remember Coughlan from previous First Coast News stories. He's donated a kidney to a man he served with and runs Wounded Warrior Project 5K's.

Coughlan's fundraising goal has already been passed multiple times. Donate to it here.

At 5:30 Andrew Coughlan sets out to run is 2nd mile of the day, but he won’t be finished until he completes 17 miles.

Turn on #GMJ for why he’s doing this and how you can help too. @FCN2go @wwp pic.twitter.com/CI6bJ3fapX