We spoke with the crew of the first NASA SpaceX mission, which blasted into space a year ago this week. 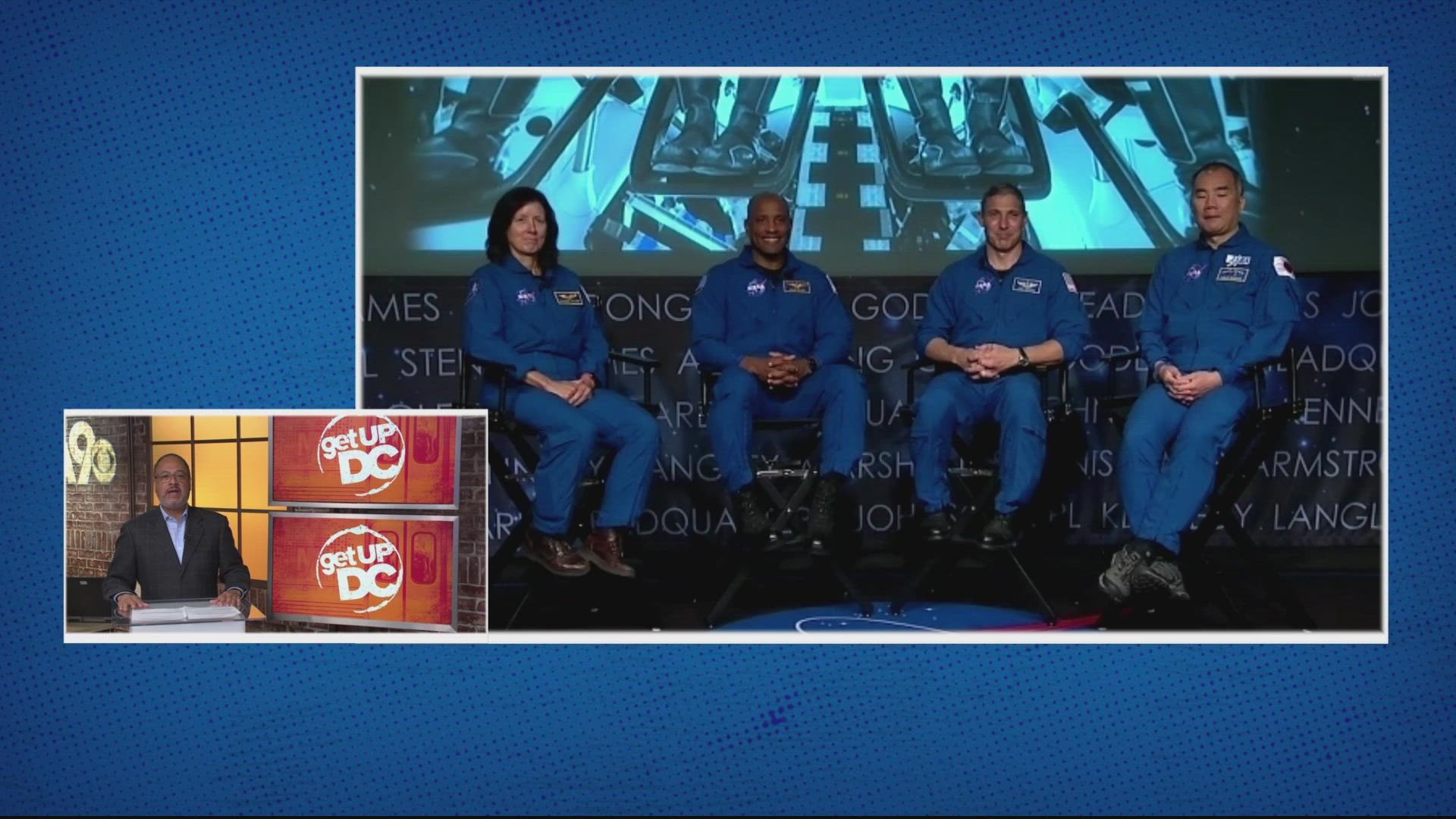 WASHINGTON — SpaceX has been sending NASA astronauts one after another up to the International Space Station over the past year. SpaceX Crew 1 was part of the first operational mission launched one year ago this week.

During the mission in November 2020, the crew completed five total space walks. Commander Hopkins explained what goes on during a space walk. He said a space walk is a special moment for any astronaut.

"When you get to open the hatch, look out at the Earth 250 miles down below and then go out and get to work," Hopkins said. "On this particular mission... we were doing a lot of upgrades to the [International Space] Station.

Hopkins explained that the upgrades the crew made would help extend the life of the space station.

This mission was Glover's first space flight and space walk. He said the whole experience was hard to describe.

"It is just overwhelming. It's so beautiful," he said. "It was just an amazing experience."

Mission Specialist Shannon walker supported a lot of different experiments during the mission and also volunteered as a test subject to determine the impact of being in space on the human body. While some of the impacts of space flight are well known, Walker said there are a lot of subtle changes as well.

"Researchers are looking in minute detail at how the body is reacting so we can send people to live in space for much longer periods of time," Walker said.

Soichi Noguchi performed the first Japanese space walk during the mission. He said the diverse crew was a sign of good things to come.

"It's a great sign of international friendship," Noguchi said.

Hopkins talked about how the crew would spend Saturdays making sure their ship was clean. Even though the crew is doing weekly cleanup, the astronauts say being in space never feels routine.

"Every day you're up there is special," Glover said. "Sometimes it takes a little extra effort to make it special. Saturday cleaning, for example, I enjoyed it. I would write home and tell my kids how much I was enjoying vacuuming because I could ride the vacuum and float around the space station."

RELATED: Why is NASA now delaying the moon landing past 2024?

RELATED: The cosmos beckons for Snoopy onscreen and in real life