The university announced in May that its fine arts building would be renamed the Chadwick A Boseman College of Fine Arts. 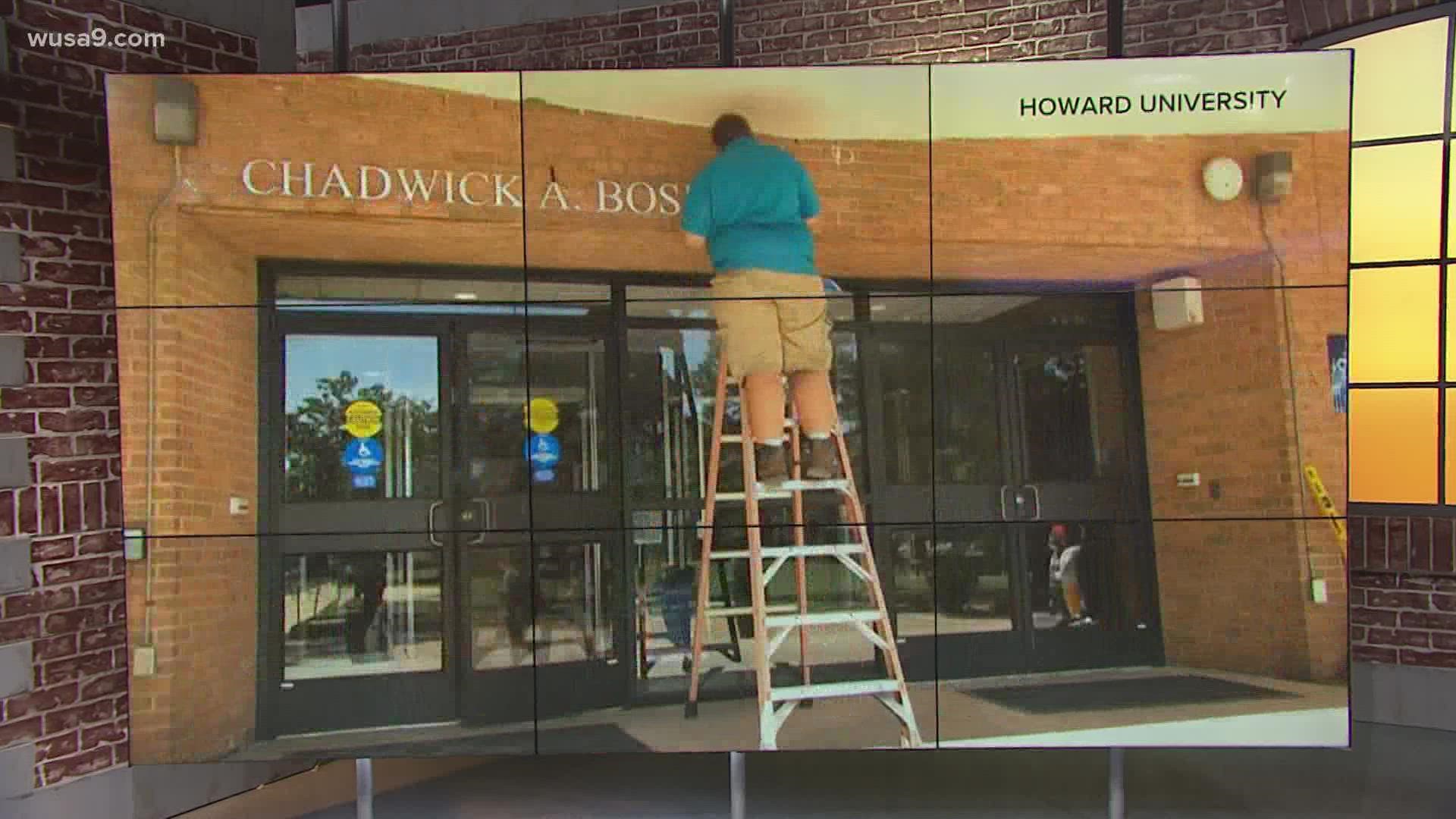 The university in D.C. posted a timelapse video online showing the letters of the new sign going up on the building. The school had previously announced in May it would be honoring the late actor. Now it's fully renamed, just in time for the new school year.

Boseman graduated from Howard in 2000. As a commencement speaker in 2018, Boseman called the school a magical place.

RELATED: 'Purpose is the essential element of you': Listen to Chadwick Boseman's 2018 Howard University commencement speech

With the support of The Walt Disney Company’s Executive Chairman Bob Iger, the university will collaborate with Iger who will lead the fundraising effort to build a state-of-the-art facility and endowment for the college.

Yesterday, the letters were installed over the now official Chadwick A. Boseman College of Fine Arts. An icon in his own right who has left an immeasurable legacy for the next generation. Thank you, Mr. Boseman.

“Chadwick’s love for Howard University was sincere, and although he did not live to see those plans through to fruition, it is my honor to ensure his legacy lives on through the Chadwick A. Boseman College of Fine Arts with the support of his wife and the Chadwick Boseman Foundation," Howard President Wayne A. I. Frederick said when the plans to rename the building were announced.

Following the official renaming, the University wrote on Twitter, calling Boseman "an icon in his own right who left an immeasurable legacy for the next generation."

Boseman died last August from colon cancer at the age of 43.

RELATED: 'It’s a tremendous loss for the university' | Howard University reacts to passing of Chadwick Boseman