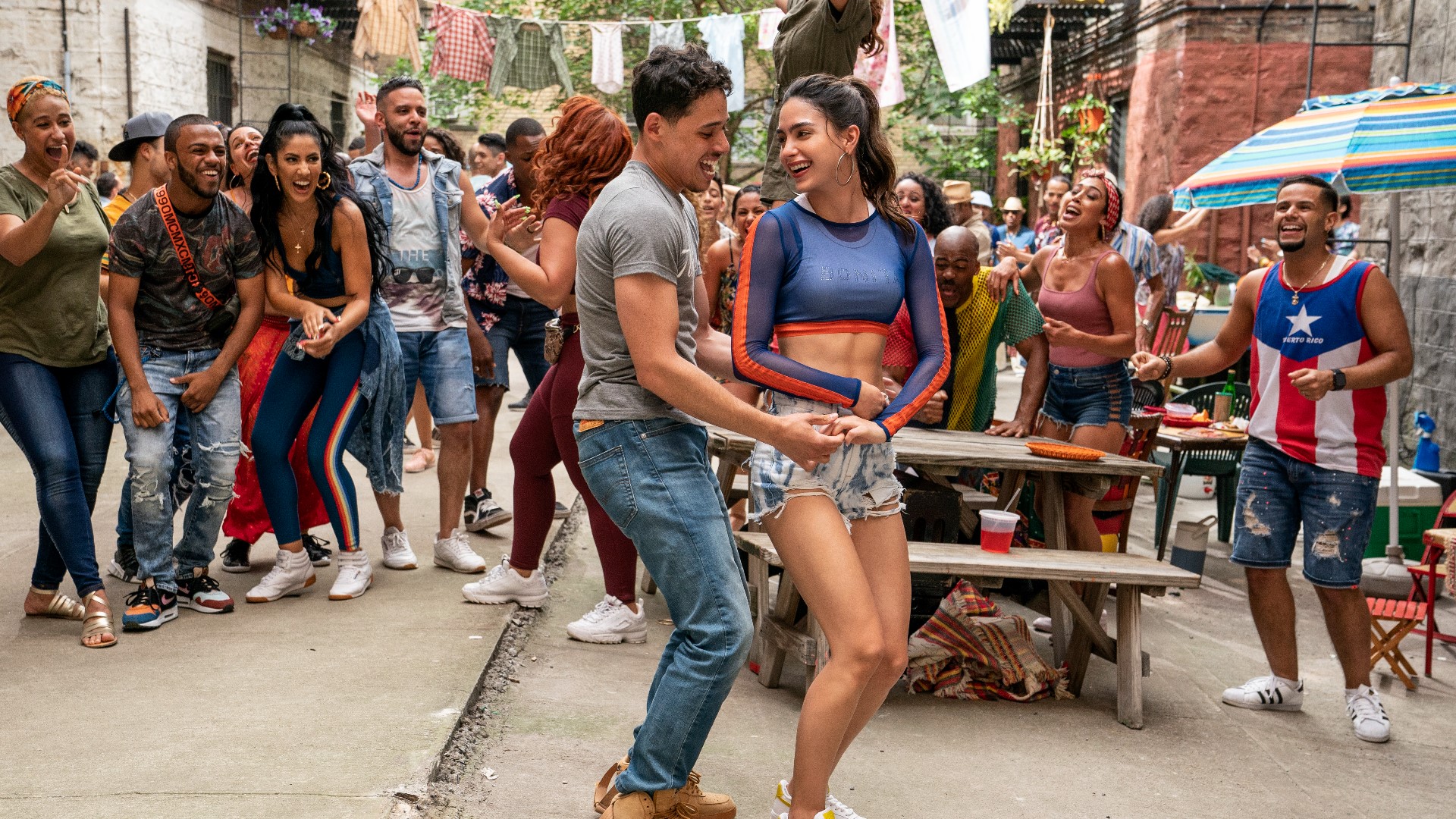 SEATTLE — "In The Heights" tells the story of bodega owner Usnavi, his neighbors, and everyone's collective dreams.

When Lin-Manuel Miranda first wrote the musical more than 20 years ago, it was in honor of the predominantly Latinx neighborhood he grew up in. He couldn't have imagined a movie version would one day help inform his own children about their heritage.

"We're doing our best on the Spanish thing. You can never speak enough Spanish when they're young,” Miranda said, laughing. "The framing device in the movie which didn't exist in the (Broadway) show was that Usnavi is telling kids about his neighborhood and he's telling them why it was special. There's a level of meta there, as a father now, that did not exist in 2008."

The cast includes both recognizable faces and newcomers, who spent a full two months rehearsing before filming began.

"It truly was almost instant, though - the way that we all connected. You can't fabricate that kind of chemistry,” said Leslie Grace, who plays Nina.

At least one star already knew all the lyrics and lines before they started production. Prior to landing her role as Vanessa, Melissa Barrera was a super-fan of the show.

"I don't know if anyone saw it as many times as me on Broadway,” she said. “I always say around 15 because that's the number of playbills that I kept, but probably more."

Olga Merediz was on the stage, earning a Tony nomination for her portrayal of Abuela Claudia. She said she’s overjoyed to now be appearing in the film version.

"For me, this whole experience has been a dream come true,” Merediz said.

It was also an opportunity to bring the story back to where it first began: the movie was shot on location in Washington Heights.

"We didn't have to go to catering for lunch, you know? We had the neighborhood restaurants that were there, who were more than willing,” said Jimmy Smits, who plays Kevin. "They buoyed us in so many ways.”

Speaking of food, other cast members shared ideas for what viewers can grab for dinner before/after seeing the movie.

Daphne Rubin-Vega: "Ropa Vieja. It's a Cuban dish that's like a brisket."

Gregory Diaz IV: "What about some empanadas? Maybe some queso."

Dascha Polanco: “I don't know if they have it in Seattle, but the piragua – little snow cones."

The cast also hopes audiences will come away with a sense of joy and community.

"Nina has that line in the film where she says, 'Let me just listen to my block,’” said Corey Hawkins, who plays Benny. "That's what we want people to do. Go back to your block, your home, your neighborhood, your community, and listen. Let's just listen to each other."

In The Heights is rated PG-13 and is now available on Blur-ray and Digital.

Check out some Western Washington restaurants that serve Latin food featured in the film: