A couple with roots in south Central Pennsylvania has been chosen to appear on HGTV’s House Hunters International. 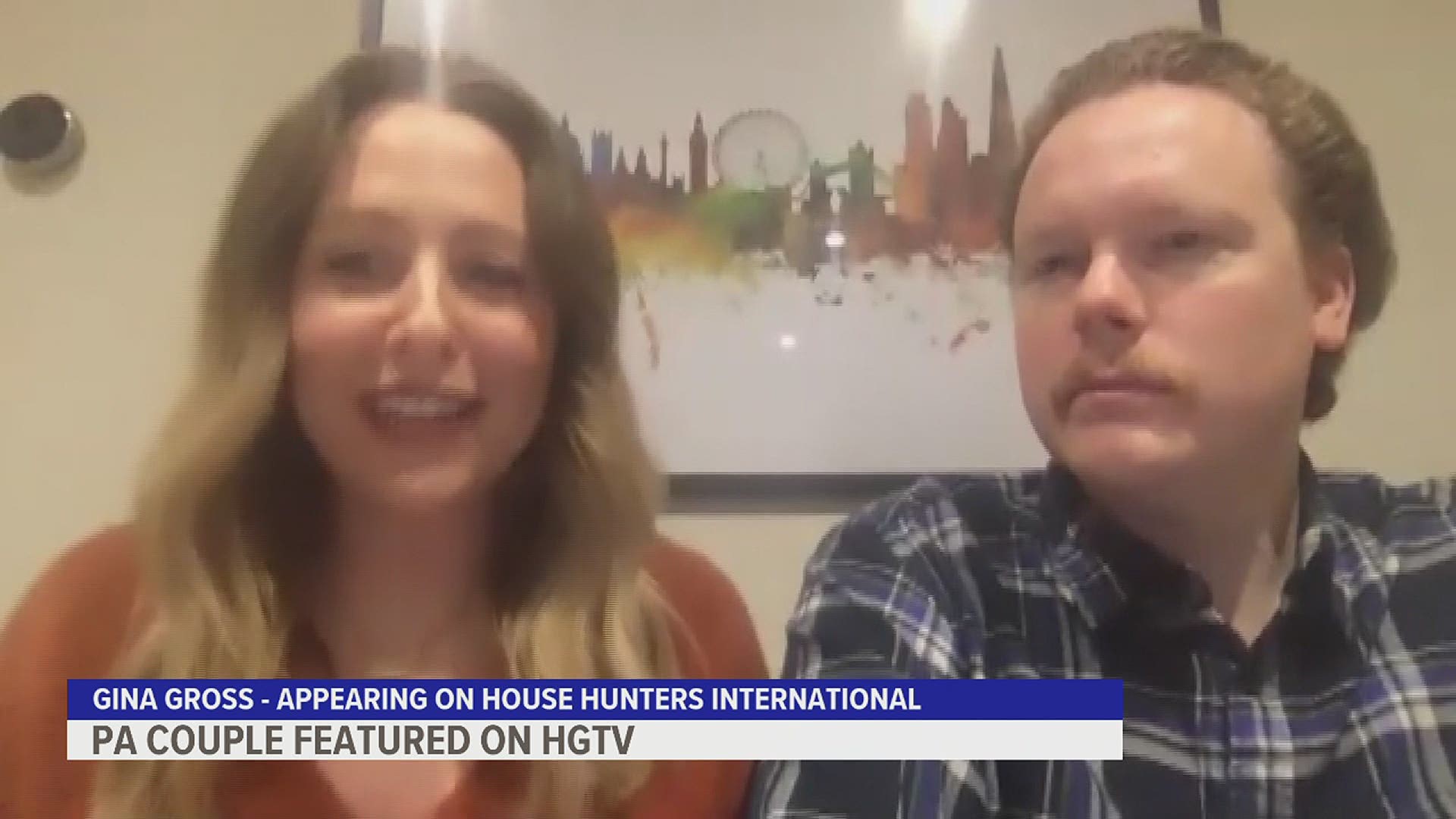 LONDON, UK — The Gross family is your typical Pennsylvania family. They treasure being with loved ones and grew up enjoying all of the culture that south central Pennsylvania has to offer. Gina graduated from Red Land High School and Jon graduated from Central Dauphin. The two love birds, however, didn’t cross paths until they met at Penn State University. The pair graduated together in 2008 and began their professional journey, which has brought them from PA to D.C., to New York, and now to London, England.

That’s where House Hunters International comes into the picture. After Jon received a job offer in London, Gina decided to reach out to their favorite show to see if their story might be chosen. “When we found out we were moving, we got approved, it wasn’t the first thing that came into my mind because we were so busy with other things,” says Gina. “But I was just packing one day and I thought ‘oh, I wonder what the process is for House Hunters International?’ Because how many times am I going to be making an international move? Probably this is the one time. So I quickly Googled it and basically, you had to submit an email and some information and I forgot about it. And then, the next thing you know, we’re flat hunting with Richard Blanco, who’s like our favorite House Hunters International realtor.”

Now living in London, the two tell FOX43 that shopping for a new home in a new country was challenging, but not too different from house-hunting here in the states. “The process wasn’t so different but obviously there are certain aspects of flats and things that are different,” Jon says. “I’m quite tall, so like any doorframe I can hardly walk through here. But the process is not too different, I don’t think.” For the most part, Gina says the biggest challenge was not being able to rely on friends and family to help them with the process as they have in previous moves.

As far as making the move during a global health crisis, the couple says that all health and safety measures were taken into consideration. COVID-19’s impact on finding a place was minimal as the housing sector is considered an essential business in England. And the two assure FOX43 that all mitigation efforts were implemented during the filming of the episode.

For those thinking of taking the leap to move internationally, Gina and Jon say to “jump on that opportunity.” They add, despite the challenges associated with international moves, the end result will be worth it.