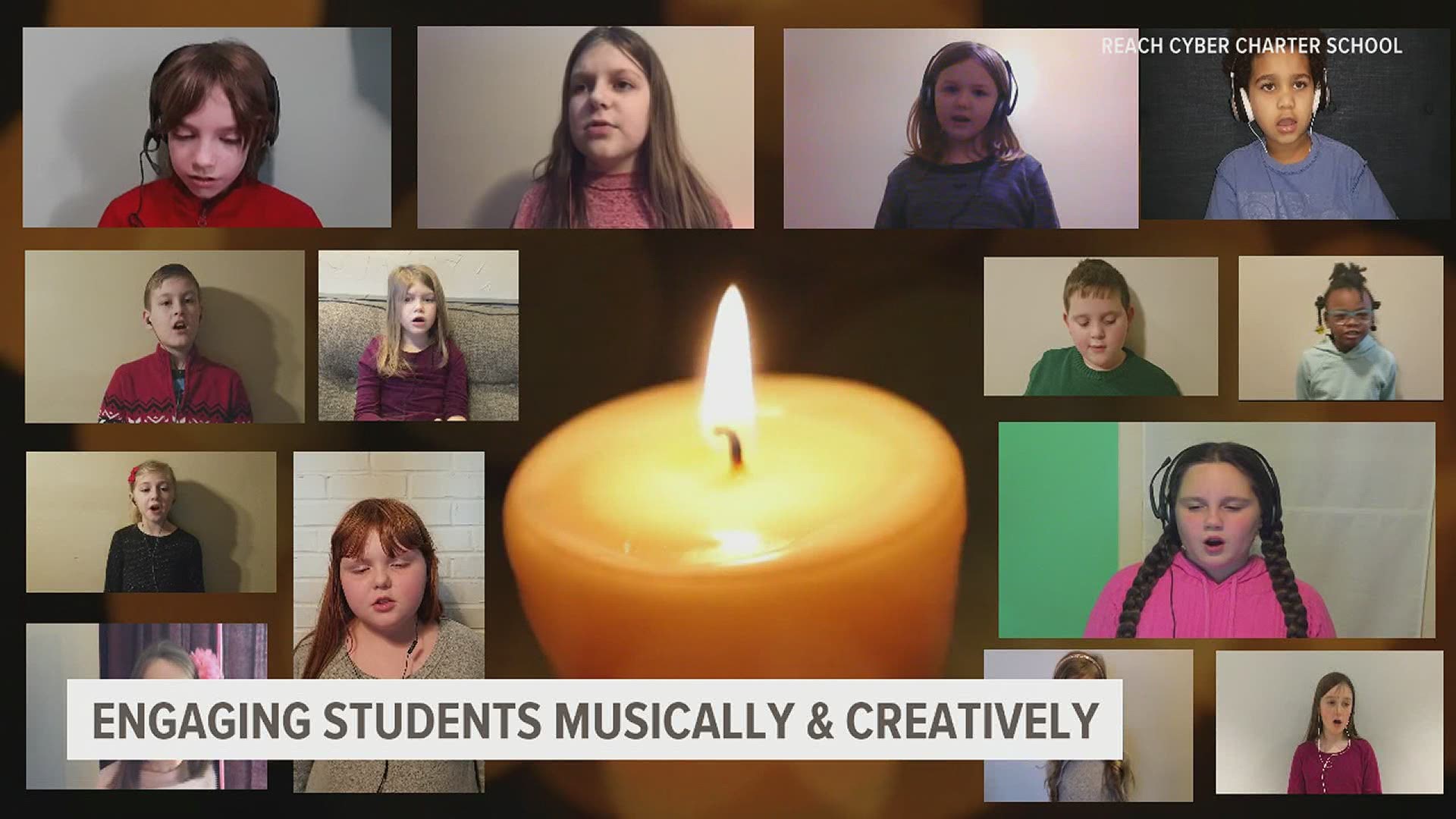 HARRISBURG, Pa. — After teaching music for 13 years, Andrew Williams was not going to let a pandemic stop him from enriching his students with all that music has to offer.

Williams teaches at Reach Cyber Charter School in Harrisburg and after seeing much of what the music program offered students, he noticed one thing was missing.

"The one missing piece was the performance aspect, having students getting the opportunity to be in an ensemble," Williams said.

To fill this void, Williams has assigned each of his students to record themselves singing different renditions of songs.

After receiving these recordings, Williams puts them together and adds visuals to create different music videos for friends, family members, and staff to enjoy.

Williams says the student's have worked tirelessly and says a big portion is the students connection to the songs.

"Maybe it's not even a song that their familiar with or they've heard before but they connect with in that initial listening and man they work like they've never worked before," he said.

This also provides a sense of togetherness as William says is a key while students are learning virtually at home.

"How important is it for our students to feel like they're not only connected-they're apart of something bigger than themselves, he said, "they are apart of a school culture, they are connected to individuals they've never met in person but now they're teammates."

William hopes he and the students can hold a virtual concert later in the year to show all the performances the students have worked on all year round.