A first-of-its-kind of a local theatre in Central PA, the boxes delivered to the audience's door comes as a new way to stay in touch during the COVID-19 pandemic. 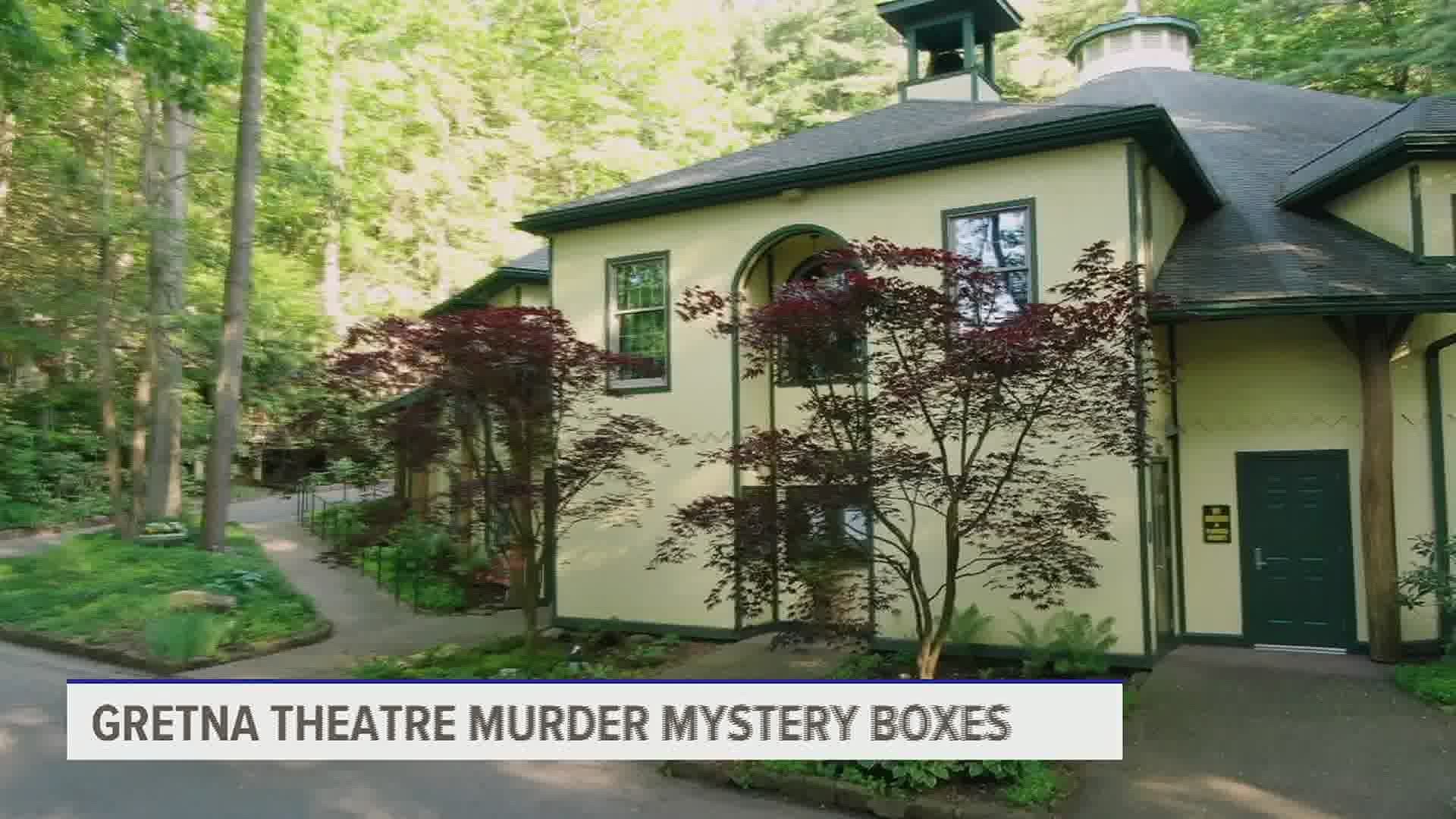 MOUNT GRETNA, Pa. — Theatres all across Central Pennsylvania have had to get creative to survive the COVID-19 pandemic and stay in touch with audiences. Just in time for the spooky Fall season, Gretna Theatre in Lancaster County may have come up with the most creative way yet.

For the first day of the new season, the theatre released their new murder mystery boxes that will be delivered right to the door of their patrons.

"What else can we do to bring theatre to people's homes?" Brian Kurtas, executive producer at Gretna Theatre said. "We step into the story ourselves to solve who could have done this murder."

"We go back in time to the 90s, where Gretna Theatre is producing a world premiere play. But, it never made it to the stage because hours before opening night, the playwright's body was found," Kurtas said.

The three-box set will be released in separate deliveries, the first starting near Halloween. Each will have its own objective. By the last box, you try to figure out who is the murderer.

The full set is $90, averaging $30 per box - close to the price of visiting a local restaurant, Kurtas said. This way, you engage with the theatre in something fun, safe and celebrating the spooky season for those of us who have made it through all the murder mystery stories on just about every streaming platform we can think of.

There is even a help desk available if you get stuck.

Credit: Gretna Theatre
Solve the clues to track down the killer!

But for Gretna, it's also about engaging with local art. The boxes were designed with Elizabeth Angelozzi, who many may know is responsible for the murder mysteries set at Allenberry Playhouse with Keystone Theatrics.

"We have something special that we wrote. We hired local artists, local designers, local production people to create a story that's set right here in our backyard in Central Pennsylvania that people can do at their own pace," Kurtas said.

And for the iconic theatre, it's a sign of innovation and adaptation proving that not even a pandemic will slow it down.

"Gretna Theatre has been around for 93 years," Kurtas said. "We have no intention of going anywhere."

You can find more information on Gretna Theatre's website.