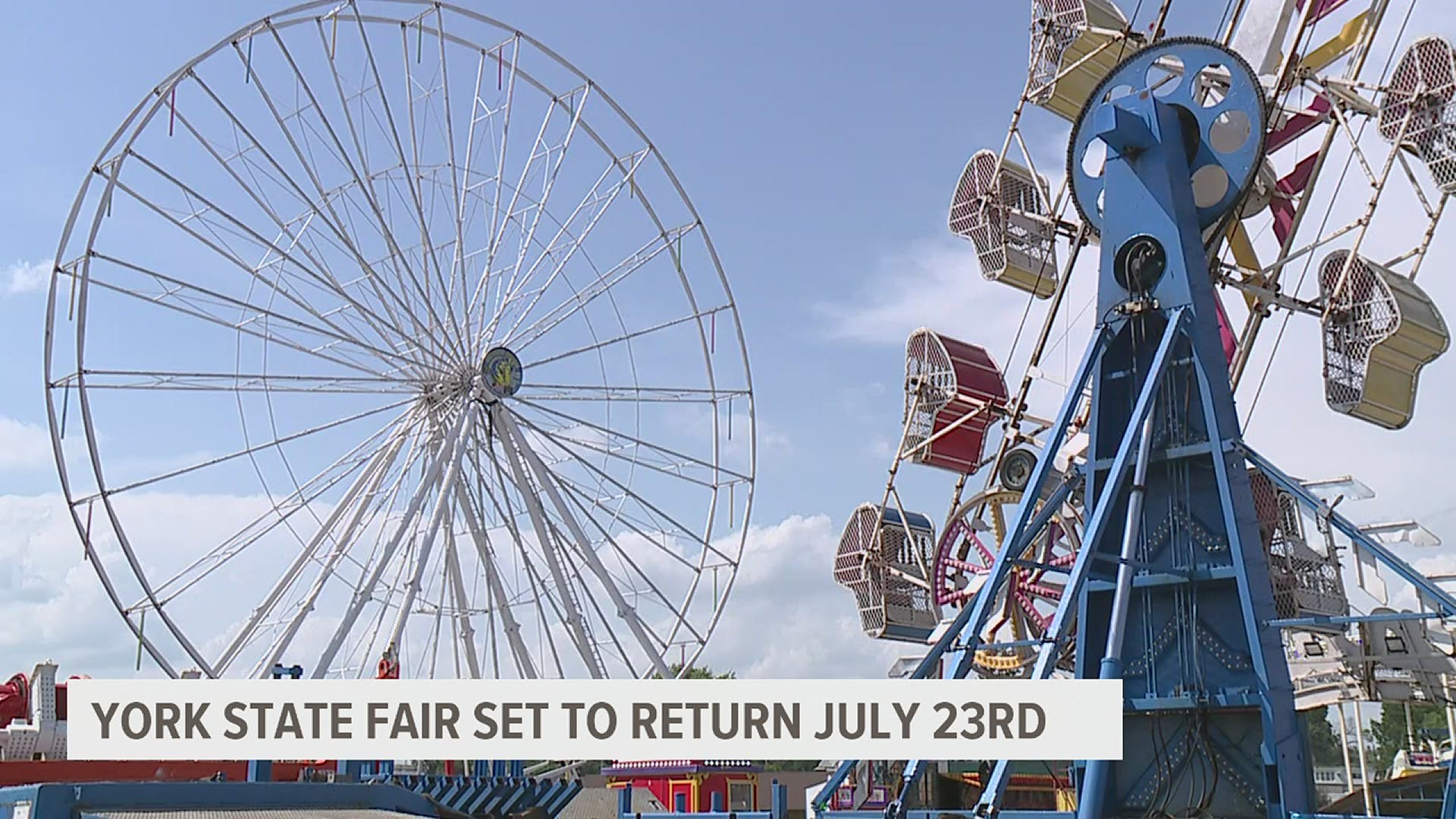 YORK, Pa. — America's oldest fair is making its return after more than a year of COVID-19 restrictions.

The York State Fair will not be featuring its famous petting zoo and will be missing popular food vendors such as the Belmont Theatre's steak sandwich stand. However, event coordinators say there will be fun things to look forward to.

"This midway specifically has a double carousel which is actually a two-story tower carousel which we are excited to have," said Montgomery Stambaugh, director of marketing and communications for the York State Fair, "We'll have over 1100 animals and our livestock arena which is our Weiss arena and our AG education center which is in all trans-memorial hall west."

The traveling midway hasn't served the fair since 1979 and this year its travel method has changed.

"Due to COVID and some of their shows canceling on them, they didn't have the long mile journey so they decided to go by truck this year," said Stambaugh.

Nevertheless, community members are excited to enjoy themselves after a year of mitigation orders.

"Since the whole COVID shut down everything's been kind of boring and nothing's been opened full capacity," said Nick Thacker of York.

As the days approach to launch the fair, Stambaugh says the fair still needs workers as they've seen a worker shortage so far.

"We normally have around 400 temporary employees that come during the 10 days of the fair to work," she said, "we're about two-thirds of the way there, we have about 300 to 325 but we are still hiring each and every day."

Event managers have also been working to increase the safety of carnival rides as well.

"They are fully inspected and they are checked every day in order to make sure they are up to code," said Stambaugh.

Hand sanitizer stations will be available to patrons if they need them.

Masks and proof of vaccinations will not be required.