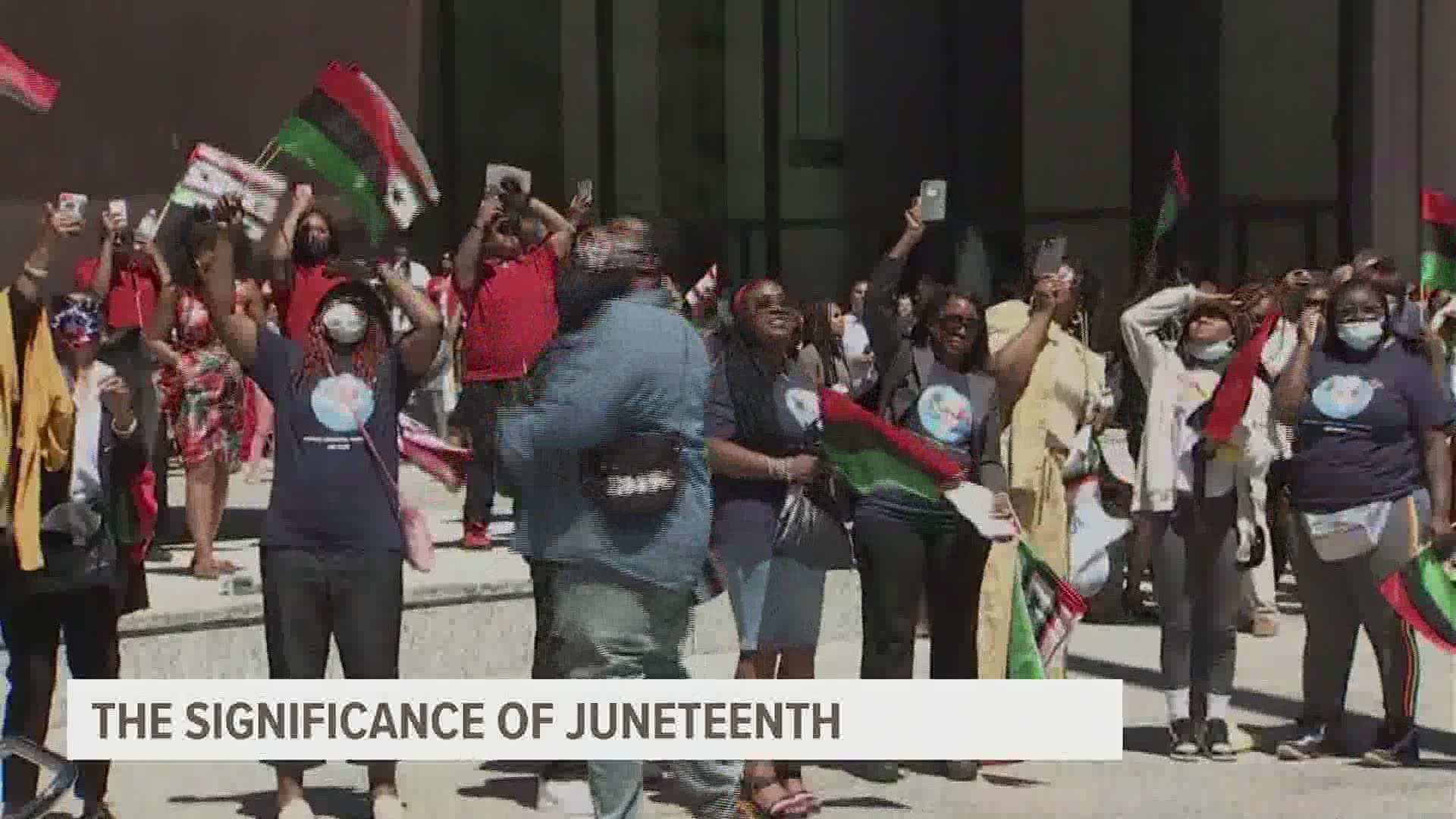 HARRISBURG, Pa. — The enslaved African-Americans of Galveston, Texas received the news of their newfound freedom on June 19th, 1865.

This was two years after the freedom of all enslaved African-Americans was proclaimed.

The date of Juneteenth is celebrated across the nation as the time in which all slaves were truly free.

Many people did not know of this.

"I went through school, college, no one ever talked to me about Juneteenth," said Republican State Rep. Sue Helm of Dauphin County.

Helm was the primary sponsor of House Bill 619 and says it was imperative the holiday was recognized on the state level.

Juneteenth holiday celebrations have begun and will continue all throughout the week all across Central PA.

Joseph Robinson Jr., of the Martin Luther King Jr. Leadership Development Institute, says the holiday's popularity stems from a wake-up call after the protests of George Floyd this past summer.

"Everyone kind of woke up and began to recognize that African-American concerns over some police over-reach were warranted," said Robinson.

Here are some Juneteenth events occurring this weekend: