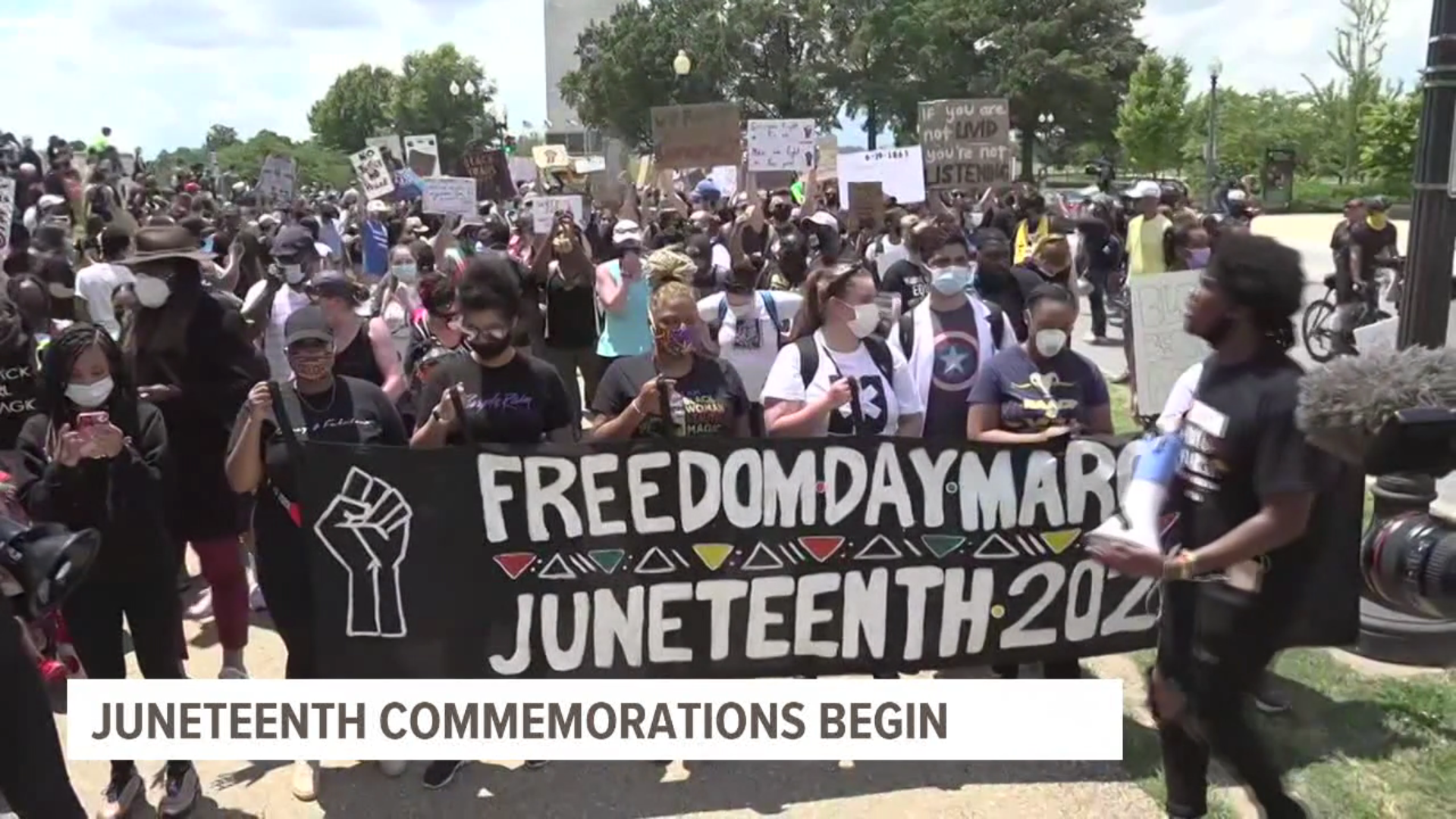 The social services program under the Community Action Partnership of Lancaster has debuted four videos including Black leaders of future, rising and legacy.

In each video, the leaders read a hand-written note as a tribute to those who have come before them and shaped their lives today for the better.

One of the rising leaders, Joshua Hunter who is also the program director of the community center, sheds light on how difficult it can be in certain settings.

"Some of those moments are difficult, being Black and Brown and really asserting yourself in some of these positions you get some push back," he said.

Hunter also adds that he is grateful he has mentors and leaders to look up to that have shown him how he should be a representation for those who have come after him.

"You don't too often get to see the fruits of your labor, and to know that someone is always watching you, is very important for how you should lead."

The short film series is called, "Sincerely Crispus Attucks," honoring the late multiracial man who escaped slavery but tragically was the first American colonist to die in the Boston Massacre.

Vanessa Philbert, CEO of the Community Action Partnership says it is because of men like Crispus Attucks that many are at liberty today.

"Remembering that he is tied into everything that we do and that note from our legacy today comes from his life and his sacrifice," said Philbert.

Both Philbert and Hunter hope people celebrate the true meaning of Juneteenth so that younger generations can remember to stand up and use their voice even if it shakes.

To watch the full series you can head to www.caplanc.org/juneteenth.