DAUHPIN COUNTY, Pa.– Hershey Theatre has announced that four Broadway productions will take the stage during the 2018-2018 season. “The 2018-2019 Broadway... 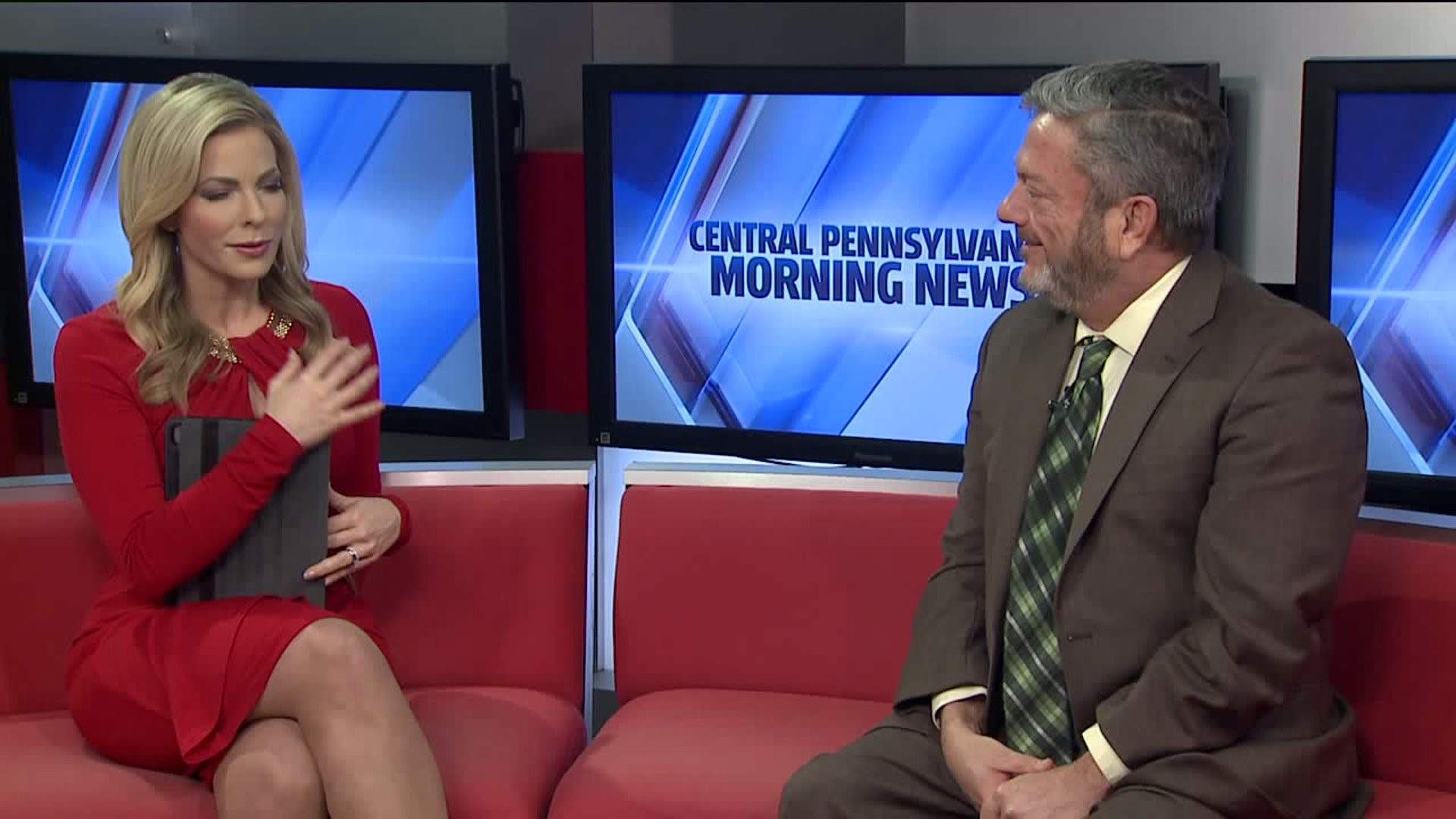 DAUHPIN COUNTY, Pa.-- Hershey Theatre has announced that four Broadway productions will take the stage during the 2018-2018 season.

“The 2018-2019 Broadway Series for the Hershey Theatre promises to be full of more comedy, dancing and Broadway magic than we've ever presented in one single season!” said Dennis Norton, Entertainment Programming Manager for the Hershey Theatre.  “Broadway is the longest street in America, and it runs right through Hershey, Milton Hershey’s entertainment palace for world-renowned entertainment!"
Norton stopped by the set of FOX43 Morning News to offer more on the Broadway Series.
The anticipated 2018-2019 Broadway Series programming includes:
About the shows
The variety-filled Broadway season kicks off October 2-7, 2018 with Finding Neverland. The winner of Broadway.com’s Audience Choice Award for Best Musical, this breathtaking smash “captures the kid-at-heart,” says TIME Magazine. Vogue cheers, “It’s a must-see you’ll remember for years to come!” Directed by visionary Tonywinner Diane Paulus and based on the critically-acclaimed Academy Award winning film, Finding Neverland tells the incredible story behind one of the world’s most beloved characters: Peter Pan. Playwright J.M. Barrie struggles to find inspiration until he meets four young brothers and their beautiful widowed mother. Spellbound by the boys’ enchanting make-believe adventures, he sets out to write a play that will astound London theatergoers. With a little bit of pixie dust and a lot of faith, Barrie takes this monumental leap, leaving his old world behind for Neverland, where nothing is impossible and the wonder of childhood lasts forever. The magic of Barrie’s classic tale springs spectacularly to life in this heartwarming theatrical event. For more information, please visit https://findingneverlandthemusical.com/.
The Tony Award winning Best Musical, Monty Python’s Spamalot will take the stage of the Hershey Theatre January 29 - February 3, 2019.  This outrageous musical comedy is lovingly ripped off from the film classic “Monty Python and the Holy Grail” with a book by Eric Idle and music and lyrics by the Grammy Award-winning team of Mr. Idle and John Du Prez, Spamalot tells the tale of King Arthur and his Knights of the Round Table as they embark on their quest for the Holy Grail. Flying cows, killer rabbits, taunting Frenchmen, and show-stopping musical numbers are just a few of the reasons audiences worldwide are eating up Spamalot!
Hershey Theatre will welcome On Your Feet! April 2 -7, 2019. From their humble beginnings in Cuba, Emilio and Gloria Estefan came to America and broke through all barriers to become a crossover sensation at the very top of the pop music world. But just when they thought they had it all, they almost lost everything. On Your Feet! takes you behind the music and inside the real story of this record-making and groundbreaking couple who, in the face of adversity, found a way to end up on their feet. Directed by two-time Tony Award winner Jerry Mitchell (Kinky Boots), with choreography by Olivier Award winner Sergio Trujillo (Jersey Boys) and an original book by Academy Award winner Alexander Dinelaris (Birdman), On Your Feet! features some of the most iconic songs of the past quarter-century — and one of the most inspiring stories in music history. For more information, please visit https://onyourfeetmusical.com/.
Last, but not least, CATS will be visiting Hershey Theatre August 20-25, 2019. CATS, the record-breaking musical spectacular by Andrew Lloyd Webber that has captivated audiences in more than  30 countries and 15 languages, is now on tour across North America! Audiences and critics alike are rediscovering this beloved musical with breathtaking music, including one of the most treasured songs in musical theater—"Memory”. Winner of 7 Tony Awards including BEST MUSICAL, CATStells the story of one magical night when an extraordinary tribe of cats gathers for its annual ball to rejoice and decide which cat will be reborn. The original score by Andrew Lloyd Webber (Phantom, School of Rock, Sunset Boulevard), original scenic and costume design by John Napier (Les Misérables), all-new lighting design by Natasha Katz (Aladdin), all-new sound design by Mick Potter, new choreography by Andy Blankenbuehler (Hamilton) based on the original choreography by Gillian Lynne (Phantom) and direction by Trevor Nunn (Les Misérables) make this production a new CATS for a new generation. For more information, please visithttps://www.catsthemusical.com/.
Subscription packages for these incredible shows are available now.  Tickets for all Broadway shows go on sale to the public on Monday, July 30 at 10 a.m. Tickets will be available at the Hershey Theatre Box Office, online at www.HersheyTheatre.com, or by calling 717-534-3405.