CENTER STAGE: A tenth anniversary celebration, with eyes to the future in a Marietta icon

MARIETTA, Pa. – For the actors, managers and board members of Susquehanna Stage Company, the classic musical, “The Music Man” holds a special ... 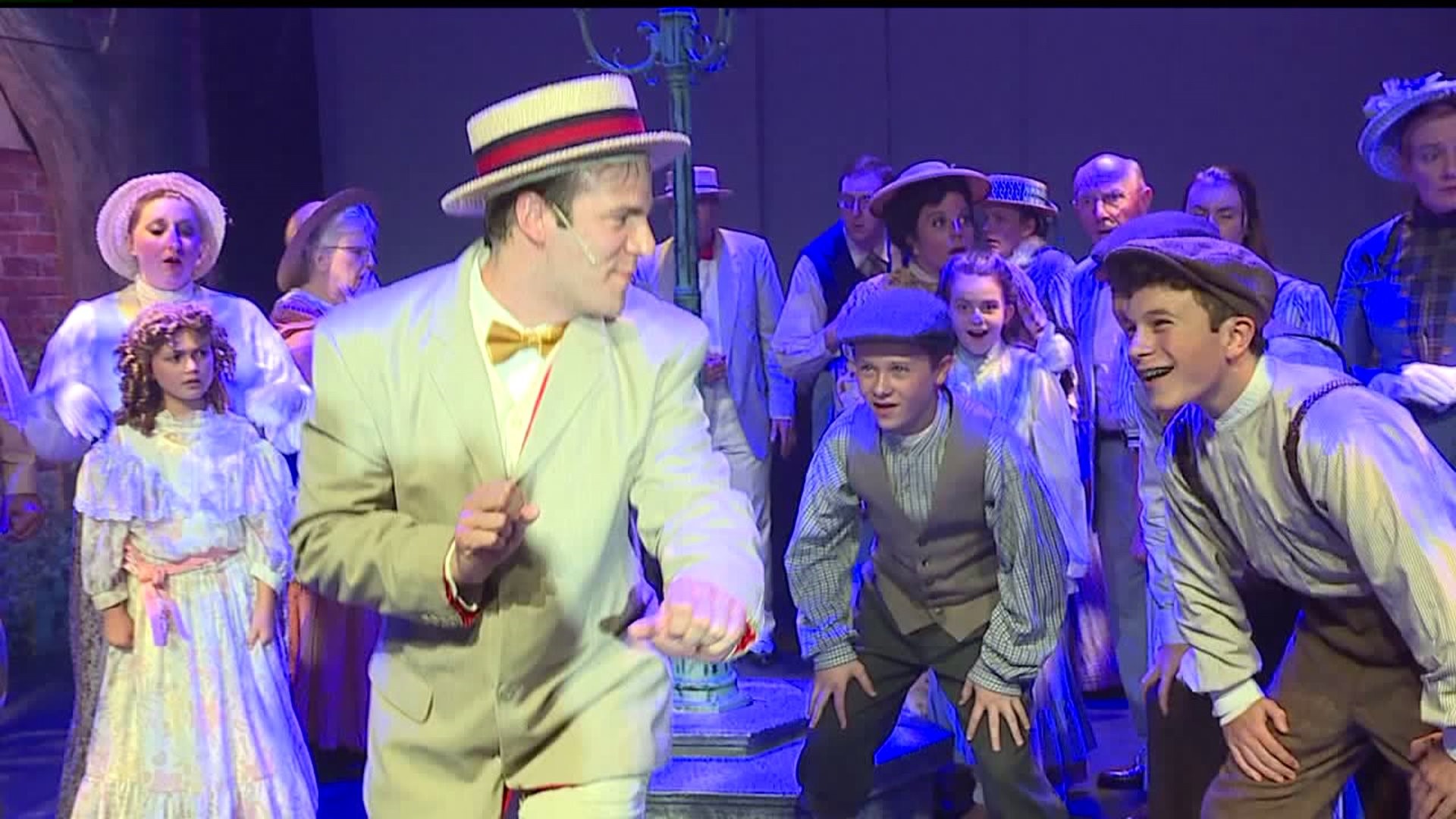 It was the first musical the company ever brought to the stage. That was ten years ago. The cast of the current production view bringing it back to life as both a celebration of where the company is today and how far it has come from the start.

"“The theatre has stood the test of time for ten years, that goes to show it’s success," Stacia Smith, the actress portraying 'Marian Paroo' said.

With an enduring story, music, glitz and glam, the five-time Tony Award-winning production undoubtedly stands the test of time. Odds are, even if you haven't seen the musical, you know a song or two from it. Whether it be "Seventy-six trombones" or "Trouble," the familiar tunes continue to strike a chord in audiences across the world.

While the musical serves as a blast from the past for the Lancaster County-based theatre company, it serves as a pivoting point to the future as well.

Two years ago, Susquehanna Stage Company purchased the Historic Marietta Theatre. Built in 1913, the theatre once was the longest continually-operating movie theatre in the entire commonwealth. In 1997, it closed down and has since fallen into disrepair. Members of Susquehanna Stage Company see owning the property as an opportunity both for a new stage, and for bringing back generations of memories to those around Marietta and the Lancaster County community as a whole.

"That’s what we would like to return that space back to, a living breathing movie theatre that will show movies and show live plays," Jim Johnson, Artistic Director of Susquehanna Stage Company said.

The organization has already gotten a head start on the project, receiving $500,000 in funds from the Lancaster County-based Eater Family Foundation. But that's just the start of a project with years more to go.

“We have been told the project will be $3-4 million. The structure of the building is there, the bones are there," Johnson said.

Otherwise, the company starts from scratch. The money raised over the next few years will purchase seats, projectors, renovate the walls and stage and much more.

But for a Marietta boy, Johnson believes when this project comes to fruition, it will serve both the company and the community.

“We want something that the public will love to see and will enhance our shows," Johnson said.

"I imagine by the end of this year we’ll be putting things out, asking people to help. We’re just dreaming at this point," Johnson said.

For now, with a foundation in place, Johnson and the company's dreams are one step closer to becoming a reality.

For more information on the renovation of the Marietta Theatre, visit http://themariettatheatre.com/