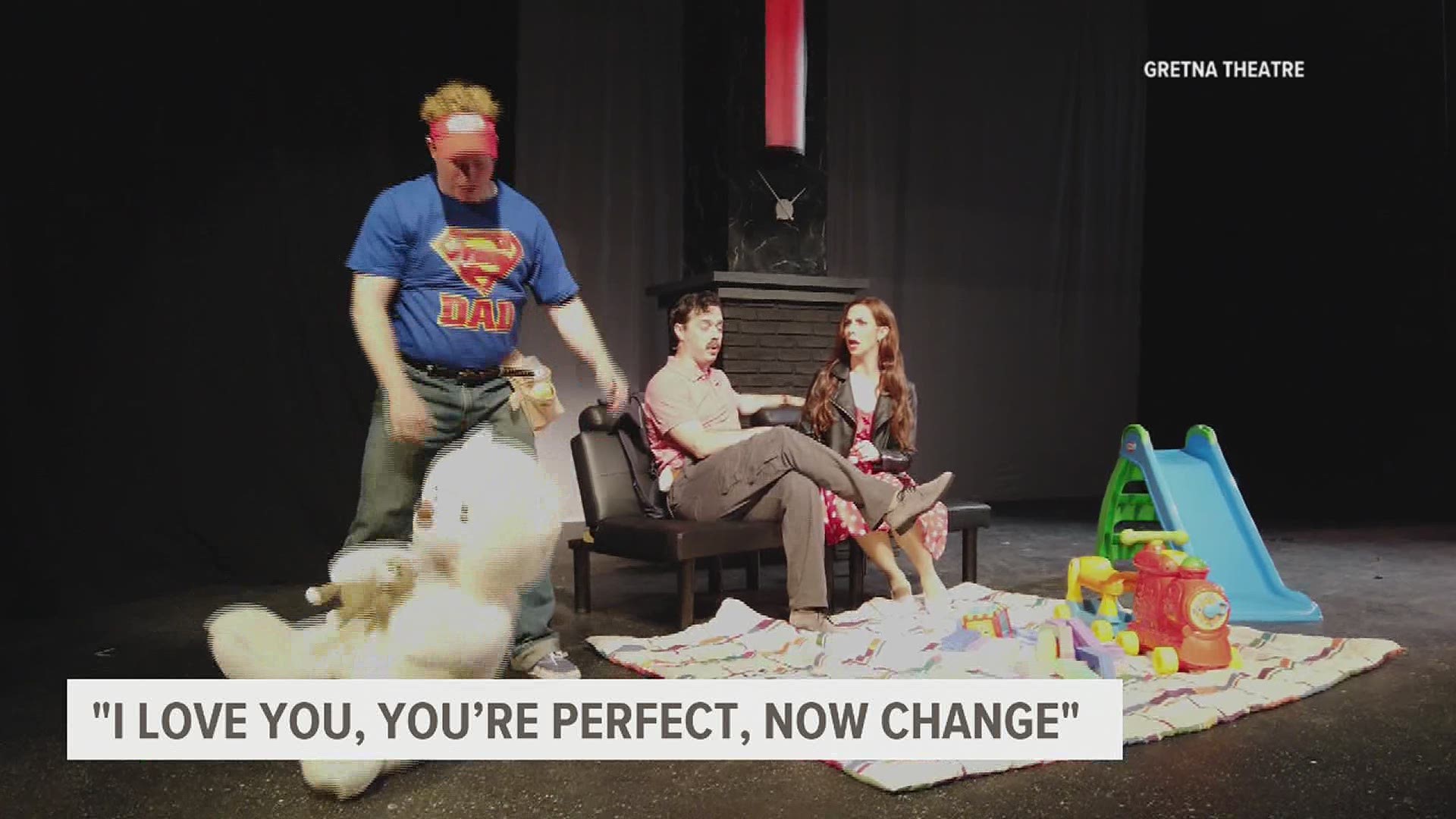 MOUNT GRETNA, Pa. — Gretna Theatre and Executive Producer, Brian Kurtas, continue the 2021 season with it's production of I Love You, You're Perfect, Now Change.

The romantic-comedy is the second-longest running off-Broadway musical, taking on the truths and myths behind some of our deepest relationships.

Gretna Theatre says audiences will fall in love with the multi-faceted show that takes on the tough reality of relationships and humanizes them with a blanket of comedy.

This latest production will be the first time some performers have been on the stage since the COVID-19 pandemic.

"When I was asked to do this show, something about it felt unreal," Actress Caroline Gorland said. "Semi-post-COVID, it felt like this surreal gift I almost felt unequipped to accept. Part of my identity slipped right back on like a quick-change rigged costume piece, and gosh has it been joyous."

When asked about being in front of an audience again, performer Kevin Faraci said: “I love a good movie as much as anyone but connecting with a live audience or watching live theater and music is unequaled."

The challenges of this fast-paced show extend beyond the stage for those back to work behind the scenes.

"The trick is making each costume unique for each scene and character," Costume Designer Fern-Marie Dempsey said. "We also have to take into consideration the performers who are often wearing multiple costumes underneath to save time and transitions."

Performance dates and times include:

To learn more about the production, as well as information on Gretna Theatre's Kid Series in the clip above.

Tickets for upcoming shows can be purchased by calling the Gretna Theatre box office at 717-964-3627.