NEW YORK CITY, Ny. – For over a year, FOX43 has taken you to all o the latest and greatest productions in your area. But, most of the speaking actors you ... 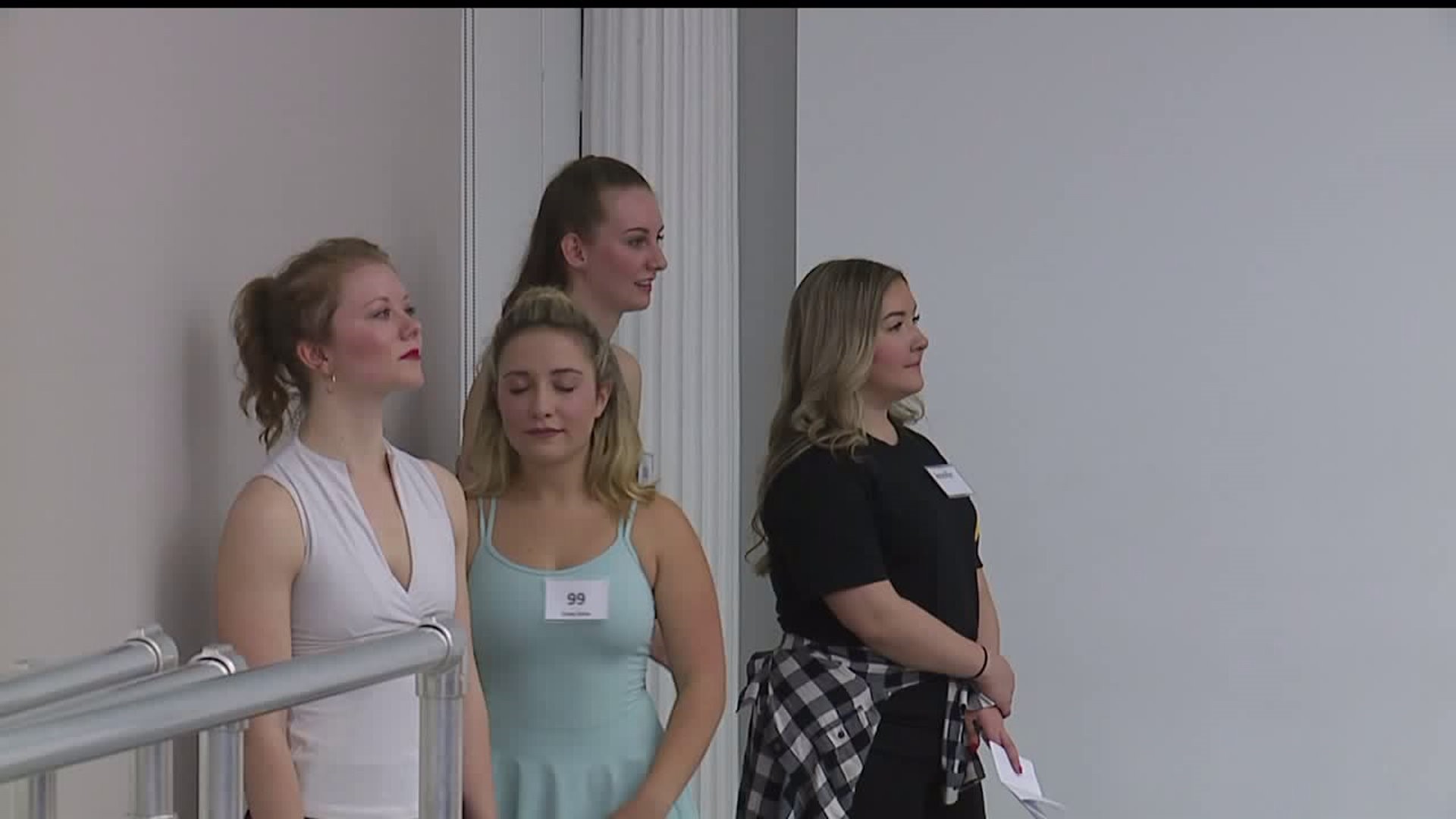 NEW YORK CITY, Ny. - For over a year, FOX43 has taken you to all o the latest and greatest productions in your area. But, most of the speaking actors you see on stage at many of our regional theatres aren't from our area at all.

We traveled with Franklin County's Totem Pole Playhouse, and the company's Producing  Artistic Director Rowan Joseph, to one of the largest gatherings of theatre talent called the "A-1 Unified Auditions."

Now in it's third year, actors and regional theatre companies converge on New York City to auditions for shows all across the country. Nearly 3,000 actors applied and just shy of 1,000 were accepted for this particular set of auditions.

In what can only be described as the truest, most demoralizing show of strength, the days of both the actors and the companies start early. Arriving hours before the auditions begin at 9:30AM on the day we attended, here's is the simplest breakdown of how it works:

After that, a mix of callbacks for these union and non-union actors, as well as agent callbacks, take place.

"They always say, you get 100 no's to every yes, and it's absolutely true," Elizabeth McGuire, a dancer from Lexington, KY, said.

And for theatre companies like Totem Pole Playhouse, these aren't the only set of auditions they attend. They'll later visit Pittsurgh's Carnegie Mellon, Penn Stage, CCM in Cincinnati and another set in Memphis. In total, the company will see nearly 3,000 actors.

But, they don't need 3,000 actors. They're looking for a far lesser number.

And, the actors are asked to do more than ever before.

"Back in the day, you had singers, actors and dancers. Now, you not only have to be a triple threat, but you also have to play at least one instrument," Joseph said.

Of course, not all actors are setting their sights on Central Pennsylvania. But, many are, and the painstaking process is still the same. Schedules must work out for the actors, the theatres must need and want you.

Bottom line, it's complicated. It's a stressful life to lead. For every role, there's hundreds of qualified actors to play it. But, to the performers, it's a necessary process.

"We do it because we love it. I think, if we remember that, it's all worth it," McGuire said.

For more information on the upcoming season of Totem Pole Playhouse, visit their website.